How to help your team build self-confidence

We all want to push our teams and help them strive for excellence, always on the lookout for bigger numbers and better results. And while this drive is necessary for any business to succeed, as a manager, you need to make sure you instill it in your team in the right way. In my line of work, I’ve seen far too many leaders who want to get to the top by pushing others down or stepping on the people around them.

I’ve even seen managers take credit for work that they never did – their direct reports did. I’m a firm believer that teams will work harder and succeed at a higher level when they’re comprised of happy, confident individuals. Instead of knocking people down, create a culture that builds them back up. 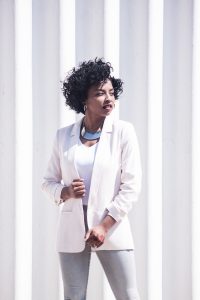 Start off by giving credit where credit is due. Good managers regularly celebrate the small wins along with the big ones. A private “Good job” is just as satisfying as a public shout-out during a company meeting. Don’t underestimate the impact of a quick statement of gratitude towards your team. As long as they’re sincere and deserved, never hesitate to give out accolades.

If you’re a new manager joining an established team, recognize you may need to repair the damage done by others. Truly bad managers can wreak havoc on a team’s confidence, ripping it to shreds. Some do it unintentionally, the side effect of micromanaging. But others deliberately find fault with everything others do. If you’re replacing an underperformance manager, you may have to pick up the mess they left behind.

I saw the effects bad management can have on employee self-confidence at a small company I worked with. After a leadership change, productivity had dropped dramatically because;

b)    The employees were constantly second-guessing themselves. Assignments that had previously taken a few days were now taking a week or more because employees would revise their work over and over again in fear they would be reprimanded.

And here’s the thing: the work they had been doing previously was great. They were spending all this extra time polishing up what were already diamonds. But because they had a manager who didn’t recognize their talent, and who damaged their self-confidence, their work output wasn’t the same as it had been.

To avoid that mistake, don’t forget to call out the success’s employees make along the way. Don’t let the bad overwhelm the good. One employee really struggled when he moved over to a new team. He had difficulty transitioning to the new role. He was a great person and a hard worker, but he was still struggling to make everything click. So, when I noticed a task, he had completed that was done really well, I didn’t hesitate to shoot him an email full of positive encouragement. I also made sure to explain what worked about this task because positive reinforcement is a key driver to success.

This is what he responded: “Thank you for saying that! It really helped me with my self-confidence. I’ve been feeling like I don’t belong on this team lately, so it’s nice to have the validation.”

If you’d like more information about how to build up your team’s self-confidence, reach out here. I’ll be happy to offer tips and activities through my personal consulting services.