How To Communicate So Your Teens Will Listen

Nearly every parent dreads the moody teenage years when kids tend to become more closed off and uncommunicative than before. It’s a scary time for parents because their children are exposed to different risks and illicit activities during these years. It’s also an emotional time for parents because their children are growing up and their relationships with each other are evolving. This evolution is normal, but it’s also natural for parents to feel a sense of loss or sadness. Here’s the good news: even though your relationship is changing, you and your child can develop a strong foundation for a new, more mature relationship. It all starts with communication.

The first thing to understand is that this is a natural stage of your child’s development as he grows up and becomes more independent. Respect your child’s increasing independence by understanding his desire for privacy. No matter how tempting it might be, don’t snoop into your child’s journal or phone. This is a key factor in creating trust between the two parties. Kids feed off of the relationship you model; if you treat your children as though you trust and believe in them, they will rise to the challenge. 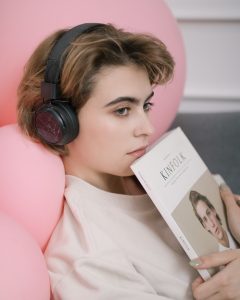 Teenagers don’t want to feel judged. They’re still testing out their new maturity, but they’re likely to make mistakes along the way. When they make mistakes, don’t adopt an “I told you so” attitude, as this can drive your child away and make them less likely to confide in you in the future. This doesn’t mean you shouldn’t do your job as a parent–but you can guide your child to make appropriate decisions without being condescending.

Similarly, don’t match your child’s attitude with one of your own. If your son or daughter is rude or disrespectful to you, calmly inform them that’s not to be tolerated and state their punishment. Don’t let your emotions or hurt feelings bring you down to their level.

Gather around the dinner table. With busy schedules, work, and after-school activities, this is certainly easier said than done. Even so, if you can get your family to connect around the dinner table at least once a week, research has shown this will have a positive effect on your child’s relationships and even his eating habits. If your family’s schedules simply aren’t compatible, try to come up with creative alternatives: maybe instead of gathering for dinner, you’ll eat breakfast together every Saturday.

Get on their wavelength. Younger children (those who belong to Generation Z) have been raised around technology. To you it might seem more natural to call your child on the phone when you need to ask a question or tell them something, but don’t be surprised if those calls go straight to voicemail. Kids prefer to communicate via text, so you’re more likely to get a response if you text your child rather than call. (For the desperate, there are even apps available that will lock your child’s phone until he responds to your texts!)

Naturally though, your children aren’t adults and will still require guidance and make mistakes. And as the parent, it is still imperative you don’t lose sight of this. If you try too hard to make your child a friend or an equal, you’ll be depriving him of the parental presence he needs to mature into a successful adult. As your child ages, your relationship with him will need to adapt. As long as you’ve kept the door open by communicating with your child during the teenage years, your relationship will strengthen as your child moves out of his teens and into their twenties.